Founded by the Richards, Crave Real Burgers is now a Colorado staple for foodies and casual diners alike.

Jeff, Jeryn Richard and Paul are high school sweethearts who met at Cherry Creek High once upon a time. Since then, Chef Jeff has trained at the Culinary Institute of America and worked with Emeril Lagasse at the Commanders Palace in New Orleans. They returned to Colorado, and became the owners of The Old Stone Church Restaurant in 1991, located in Castle Rock. The Richards credit their two sons with the idea to offer outrageous and delicious burgers to the Castle Rock community, which is where they and Jeff’s brother, Paul, opened the original Crave location in 2010.

Jeff, Jeryn and Paul have since opened locations in Colorado Springs as word of the amazing food and service at Crave Real Burgers spreads nationwide. They took their 100% Colorado Proud beef burgers to the Denver Burger Battle five years in a row, and have won several awards in both the People’s Choice and Judges’ Choice categories at the renowned competition.

Today, Crave Real Burgers is a Colorado restaurant success story because of all the fantastic customers that visit regularly and tell their friends and families about their great experiences! Come into a Crave today to see what makes us awesome! 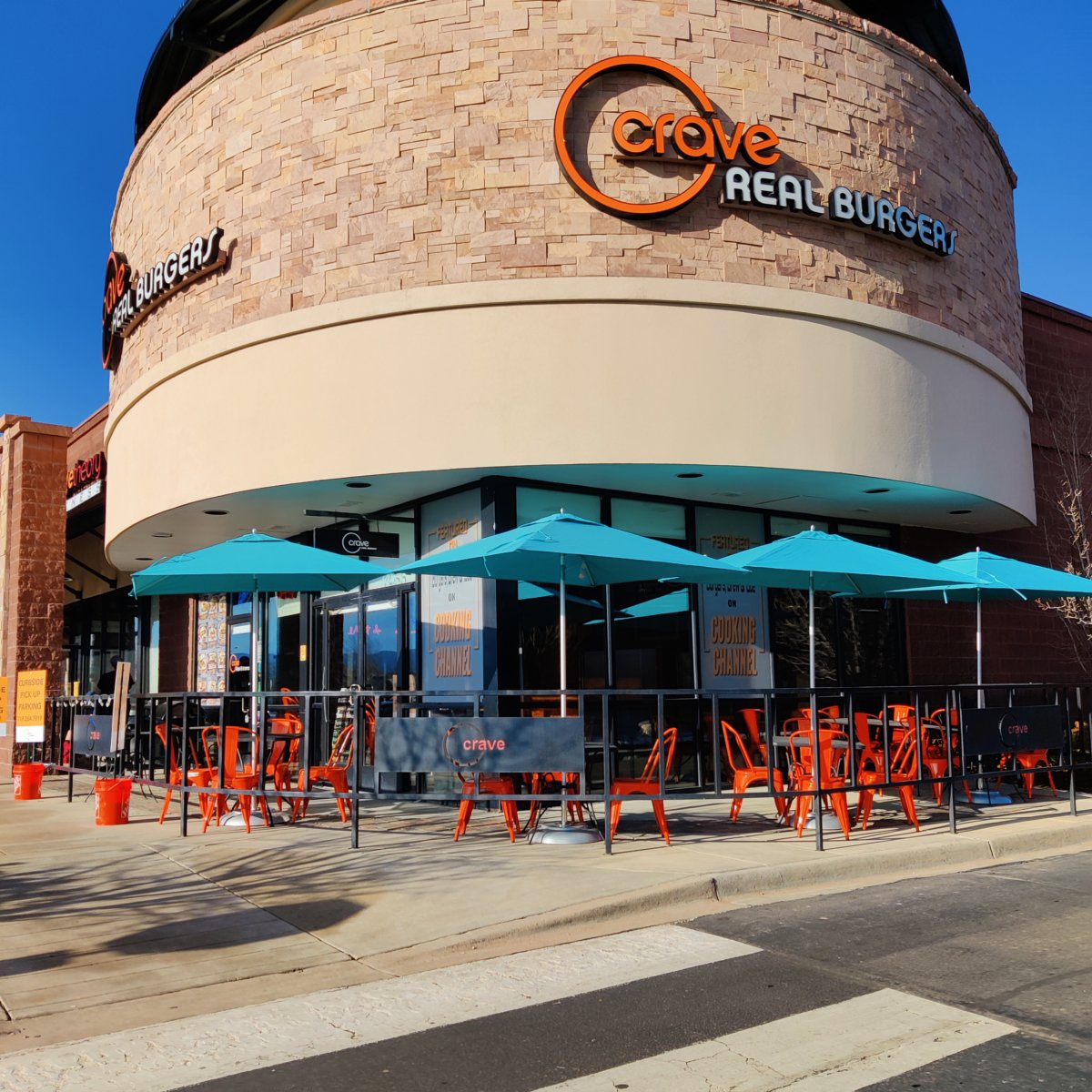 To provide an extraordinary burger adventure that exceeds all expectations.

We have a passionate commitment to creativity, originality and value.

We value that our partnership with our guests and employees demonstrates genuine care.

We expect that integrity, respect and trust is reflected in everything we do.

At Crave Real Burgers, we take teamwork and serving our guests very seriously.  We want each member of our team to feel supported while working.  We want each of our guests to feel welcome and taken care of from the minute they walk in the door until the moment that they leave.  Our food stands apart from others as should our service and our warm atmosphere.

With over 20 crazy gourmet burgers there’s plenty of variety for your
taste buds to experience. Every burger starts with a fresh Colorado proud beef patty. Choose your adventure today!

CHECK OUT OUR BURGERS